Another one of my hidden talents is that I get great migraines.

Of course, I'm being somewhat facetious....but I consider myself lucky as Imetrex usually makes them go away or at least turn them into regular headaches.

It's kinda hard to describe what I migraine actually feels like except when I get a really bad one....any light hurts like a MF'er it's like being in a pain cave.

A really bad one?

I rarely get serious migraines (from what I've read...they get much worse then what I usually get) but when I get a really bad one makes it hurt to see if that makes sense.

Back when I writing this blog a few years ago I used to discuss a lot of political stuff and world events.......gonna try to keep it lighter this time...beside that shit over in the Ukraine and Gaza scares the crap out of me.

You know how to open up a web browser if you wanna depress yourself. 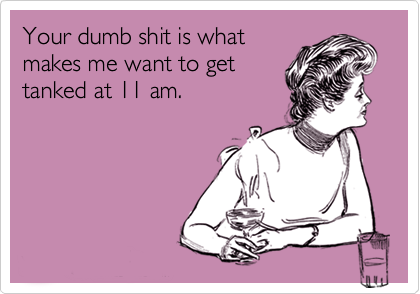 If you want to read dumb shit.....stick around here.

It doesn't get any dumber than this. Seriously? A caffeine inhaler?

Megatoad? Are you fucking kidding me? Competitive eating? They even have their own freaking league.....I had no idea.

The Situation has a TV show......I made it through the first 10 minutes before deciding that having less Situation in my life would be a good thing.

I smoked until I was 40.....been smoke free for almost 15 years. This kinda seems like a dumb idea if you really want to quit smoking. I tried probably a dozen times to quit until I woke up one day and decided it was a dumbass habit and quit cold turkey. The first 72 hours were difficult and even now 15 years later....I still get the urge to light one up every once and awhile, but I don't because I'm a non-smoker.

In case you were wondering, I'm one of those asshole former smokers.....blow smoke in my face and I'll probably embarrass the shit out of you in public.

When asked by the 911 dispatcher if any weapons were involved, the father said “my foot and my fist.” I'd say the dad used some pretty good judgement and restraint.....that dude is lucky that all he got was a beating.

Any many books as I want for 10 bucks a month? Sign me up. Between my wife, our son and me.....we read a shitload of books. There are a few limitations (you can only "borrow" ten books at a time) but for 10 bucks a month-it seems like it's a good deal if you're a reader.

If this isn't in your personal top 5 of movies.......you need to seriously re-evaluate your life.

My top five movies?...Yeah, I know you didn't ask but here they are in no particular order.

Yeah, I can hear you know.....Smokey and the Bandit? That movie was a piece of shit with no social redeeming value whatsoever.......and that's exactly why I like it and why me and my buddies went to see it like 4 times when it was in the theater back in 1977. 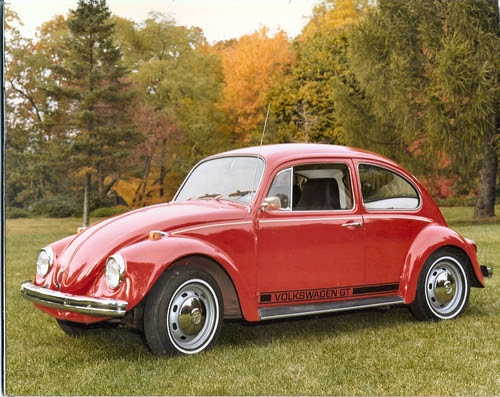 I drove a little VW Bug.