Anybody else watching "The Next Great Baker" ?

The top prize is you get to manage Buddy's new bakery in Las Vegas. I don't think many of the "bake at home" contestants have ever stepped into a commercial bakery with the exception of one or two of the teams.

I know that if I worked in his bakery and some TV contestant winner came in as the HMFIC....I'd have a problem with that.

I started at my company when I was 16 and made it to bakery manager by the time I was 19.

Would that happen now, 38 years later?

Probably not, back in the late 70's our company had less than 30 stores (we have close to 200 now) and it was kinda being in the right place at the right time and busting my ass. Sure, I had to drive 35 miles to my store everyday, but it was a foot in the door to prove myself.

Things are so different nowadays.

Somebody can sit at a computer terminal 35 miles away in our corporate office and see how many fruit tarts I sell in a 24 hour period ...or even a 1 hour period of they wanted to get that granular.

One thing is still the same, you still gotta show up everyday, work your ass off and be a team player. 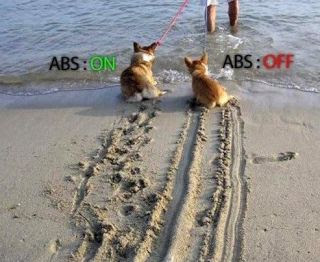 I could have fun with a roll of these.

I bet that left a mark.

This kinda sucks if you work for this company. Could something like this happen to me? Probably not, but if it does, I could probably find some sort of job in food service pretty much the day after I was laid off. On of the few advantages of learning a blue collar trade.....not many folks know how to make pastry, breads, pies and donuts.

I don't wanna rag on the Chinese....but they seem kinda shady if you ask me. Yeah, I know you didn't ask me....but that's what I think. Don't believe me? Check out some Chinese cars as they do crash testing. Talk about folding up like an accordion...holy shit.

I own a 2014 Hyundai Elantra.....sure, it isn't the raciest car in the world, but it has a shitload of airbags, nice features for the price and it's build quality is miles ahead of anything the American automakers offer at the 18K pricepoint.I think my favorite feature is the Bluetooth integration....whenever I get a phone call- it goes right to the stereo and I can have a conversation hands free.....on second thought-it's my second favorite feature.....heated seats for the win in the wintertime. I'll never own a car without heated seats again.

I'd say this guy wins "Corporate Asshole of the Year". What a dick.

This article reminds me of my dad.....I used to tease him about him parting his hair about an inch above his ear and combing it over......he finally embraced his lack of hair and went with a crew cut.....good times.